Skip to main content
Free Shipping on Orders Over $49*

Free shipping offer is valid in the US lower 48 states only, and is not available for PO Boxes or Military APO/FPO addresses.

Unless otherwise specified, product prices already reflect discounts. All offers are limited to stock on hand; no backorders or rainchecks are available. Discount codes are not valid on prior purchases, cannot be used after their expiration dates, and do not apply to taxes, shipping and processing charges. Limit one discount code per order. Consumer must pay applicable sales tax. Offer may not be combined with any other sale, promotion, discount, code, coupon and/or offer. Promotions have no cash value. Offer cannot be sold or otherwise bartered. Void where prohibited, taxed or otherwise restricted. Returns of any portion of the purchase will require equal forfeiture of offer or amount equal to offer. Buy One Get One offers apply a portion of discount amount to each of the items. We have the right to end or modify any promotion at any time. Other restrictions may apply. Offers only apply to the United States unless otherwise noted. 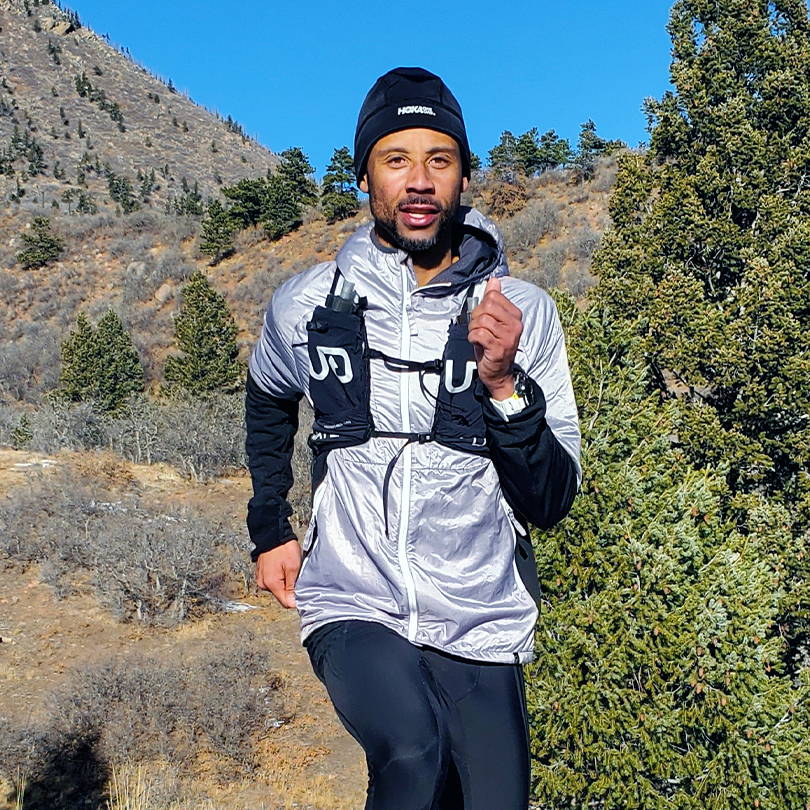 Joseph Gray is an American world champion runner who competes across multiple distances and styles of distance running including trail, track, skyrunning, road, cross-country, mountain and snowshoe races. Gray has garnered 18 USA National Championship victories and represented Team USA 32 times so far in his career. He won the World Mountain Running Championships in 2016 and 2019 becoming one of the few who have won the Championship on both an uphill only year as well as an Uphill and Downhill loop year.

Along with racing accolades Gray also raises money from his prize money earnings annually for the Childhood Cancer Center known as the Candlelighters of Southern Colorado. He also started Project Inspire Diversity to support and uplift young athletes in his community by providing product and gear from his sponsors.